In case this is getting to be too much of a travelogue lacking enough art, I include this picture taken in Alpine, Texas.  I love that ART comes first! 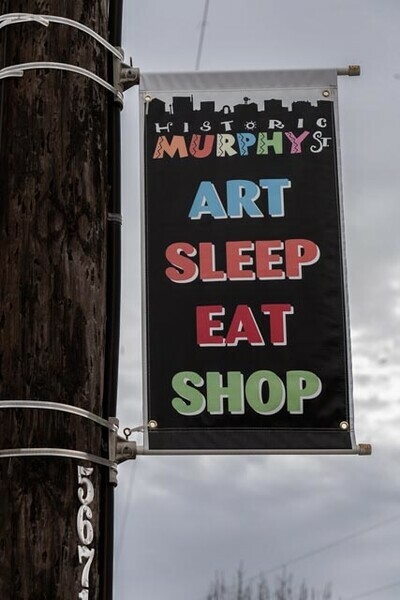 And here is historic Murphy Mercado itself! 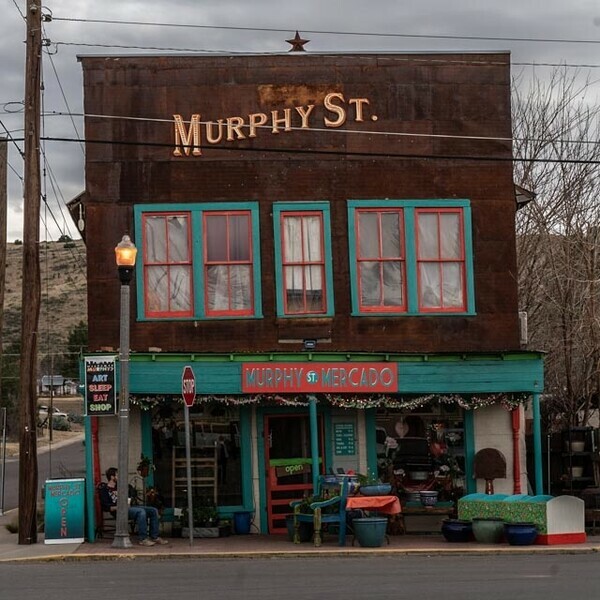 South of Alpine there is a languid bend in the Rio Grande River defining the border between the US
and Mexico.  Big Bend National Park is a treasure. 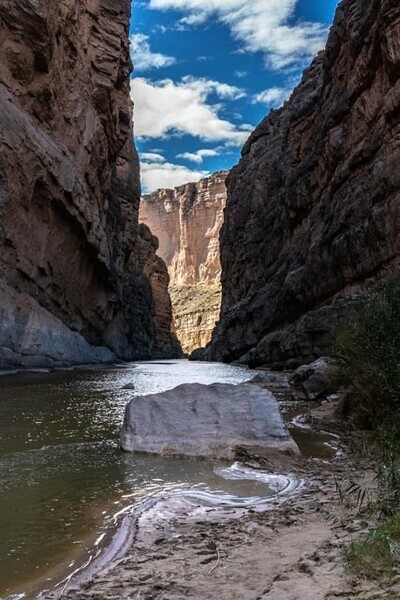 Looking west (above) Mexico is on the left, the US on the right.  Looking east (below) the US is on the
left of the Rio Grande, Mexico on the right. 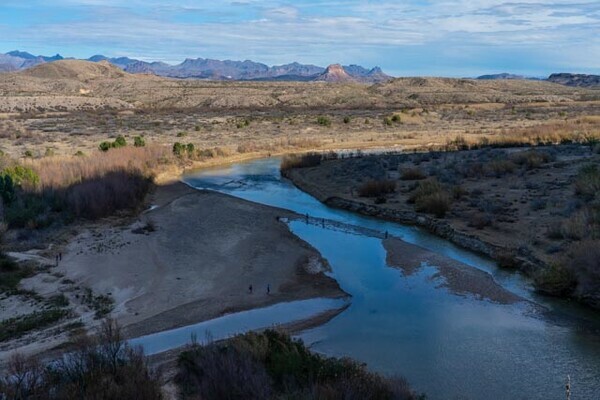 San Antonio - the Alamo, Davey Crockett.  The location of the photo on the left below is the
back of the Alamo - taken to represent the magnificent trees of Texas.  At the latitude of San
Antonio and Houston the land in Texas is flat and generally monotonous - but the urban trees
are striking in their size and beauty.  Subsequent shots show the lovely river walk that characterizes
downtown San Antonio. 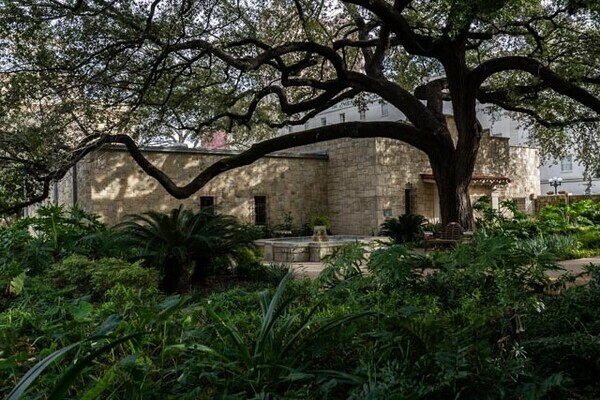 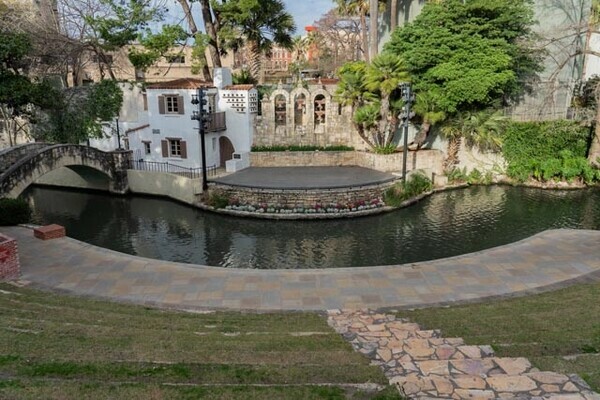 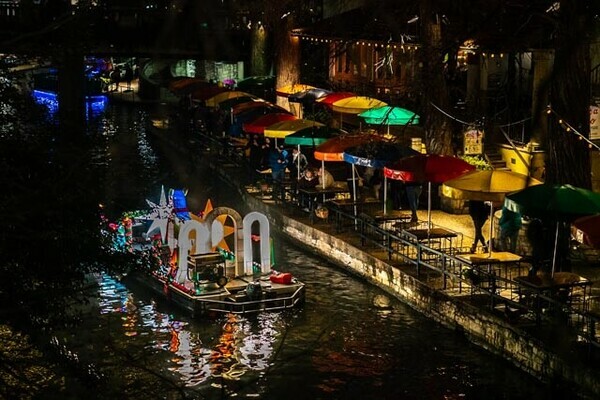 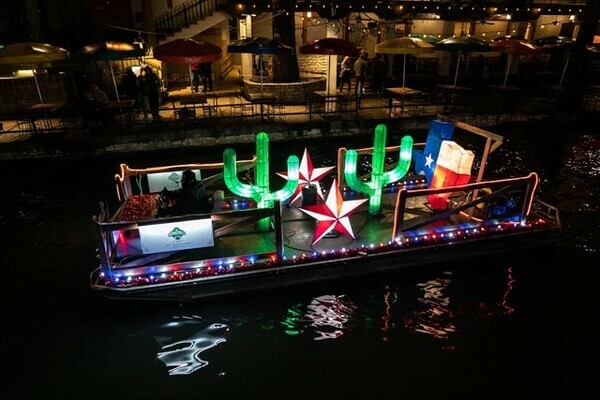 The hill country towns in Texas are numerous, each boasting distinctive historic flavour -
but cowboy attire is ubiquitous, as is the US Post Office, this one dated 1850. 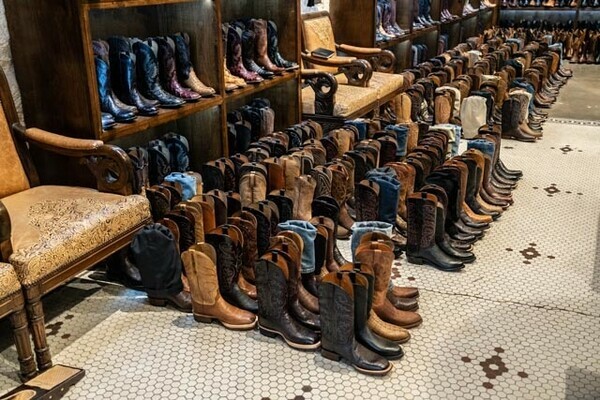 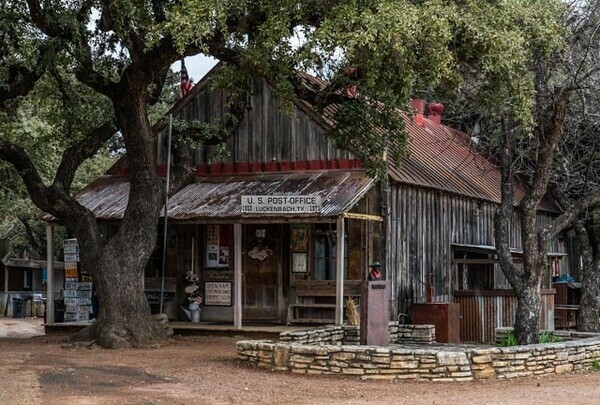 And wow, the ART in San Antonio and Houston.  Wonderful collections in expansive galleries
and museums where space is generously allotted.  The staircase below is in the exquisite modern
art McNay Museum, once the home of philanthropist Marion Koogler McNay. 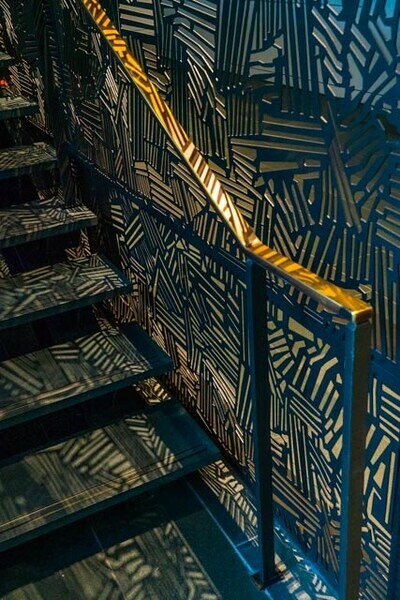 Turning to Houston - the illuminated corridor below connects the two buildings housing the Museum of Fine Arts. 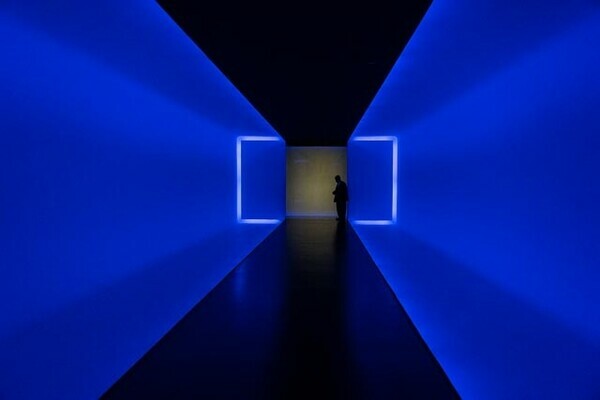 Space seems unlimited and one European master after another is given space to breathe. 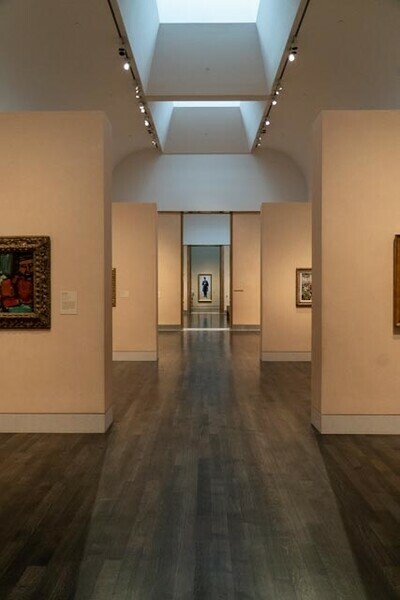 Another female philanthropist, Ima Hogg, donated her home to the Museum of Fine Arts - featuring
American furnishings and paintings, and wonderful manicured gardens. 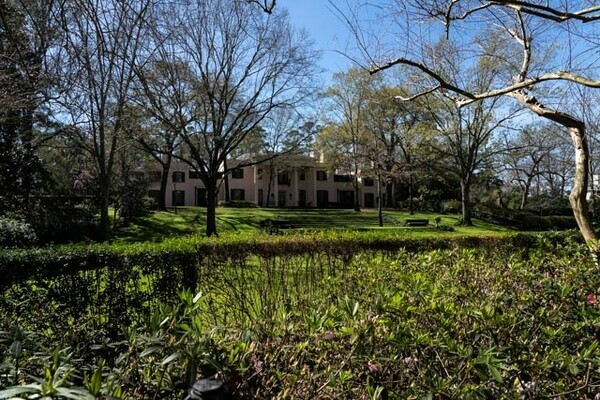 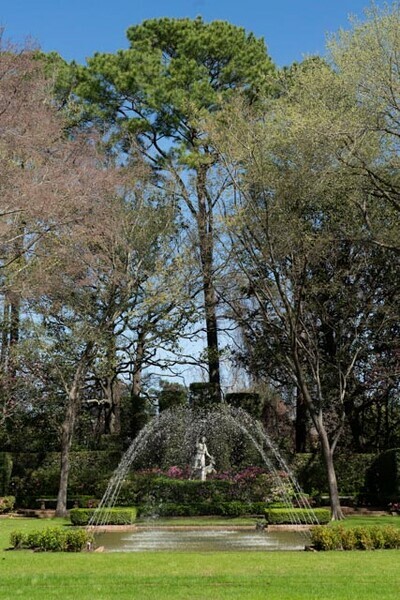 Filled to the brim with beautiful artwork, we left Houston for Galveston Island.  The contrast
of art with the monstrous and seemingly endless oil and gas installations is stark - the reality
is that oil and gas revenues funded (and probably continue to fund) the purchase and display
of artwork. 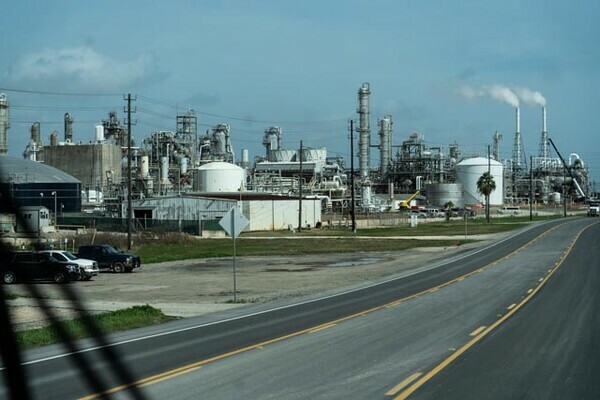 We breathed relief as we arrived at the shore. The pastel beach houses rise on stilts
and it's easy to see why - the elevation of Galveston on the Gulf of Mexico is 17 feet, and this
is hurricane country.  Here signs indicating hurricane evacuation routes are as plentiful as tsunami
evacuation route signs are on the west coast. 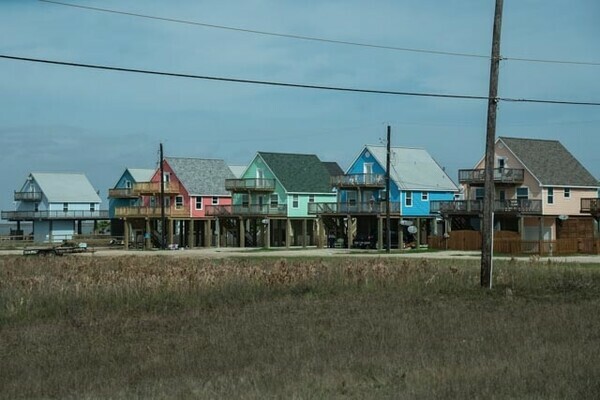 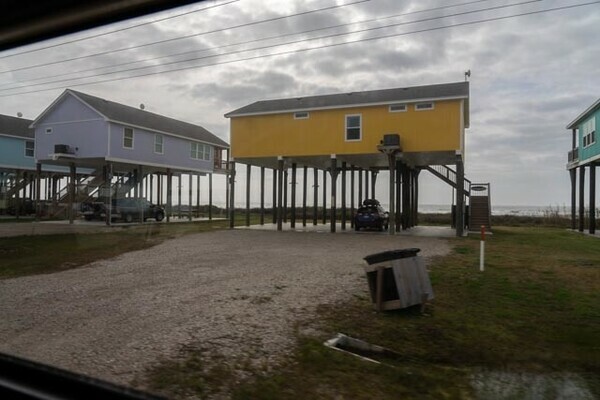 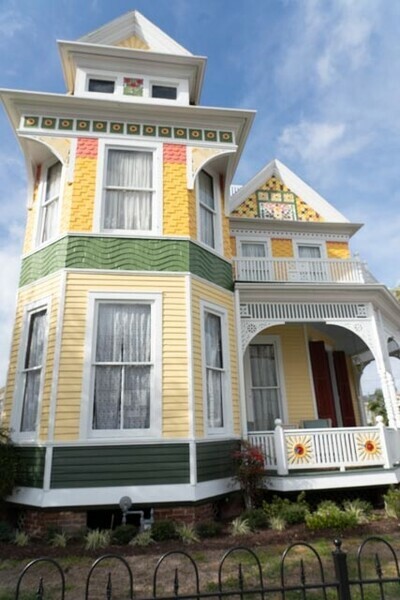 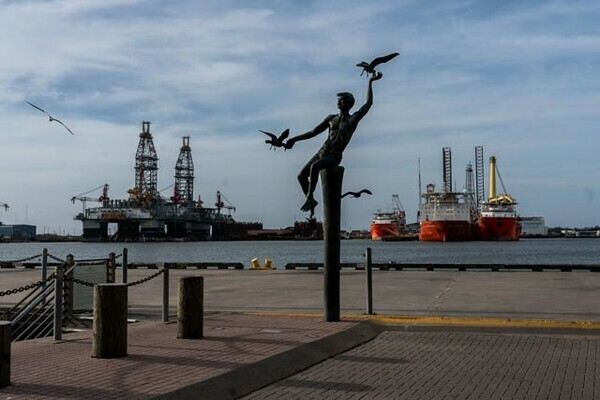 We left the island by free! ferry and I attach the image below because we were amazed
to see that the ferry was being loaded and unloaded simultaneously. 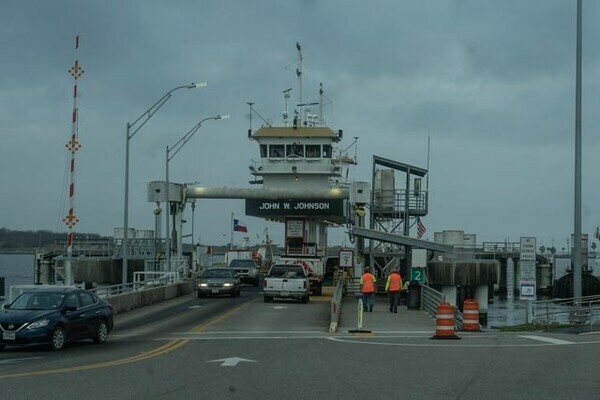 Arrived in Morgan City.  Louisiana is for the birds! 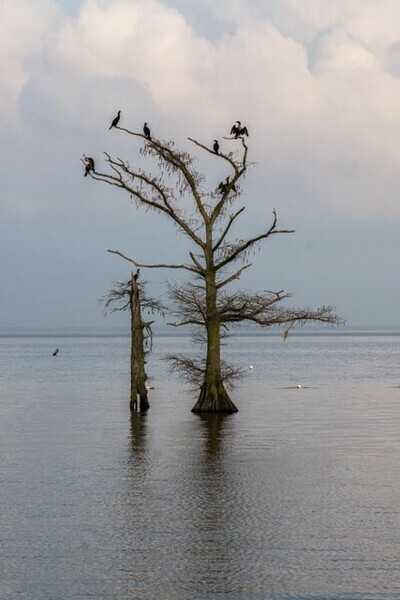 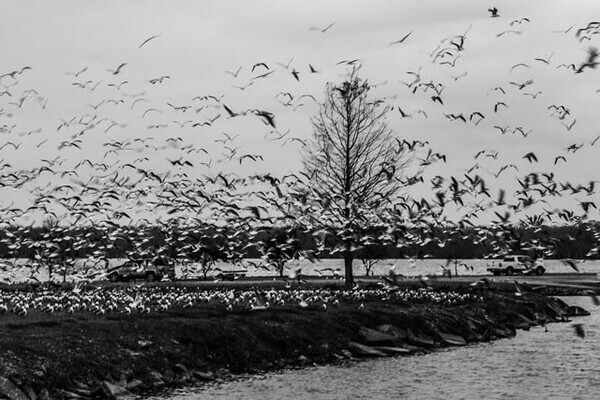 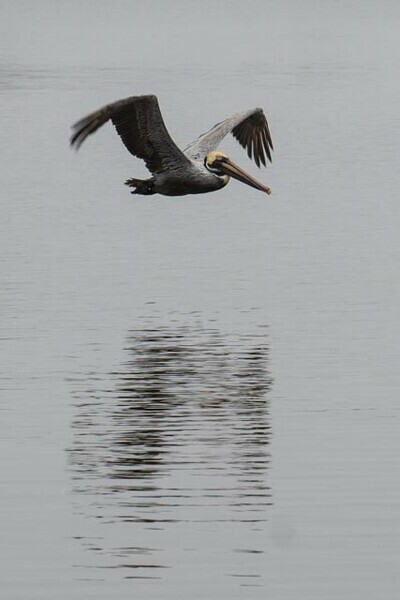 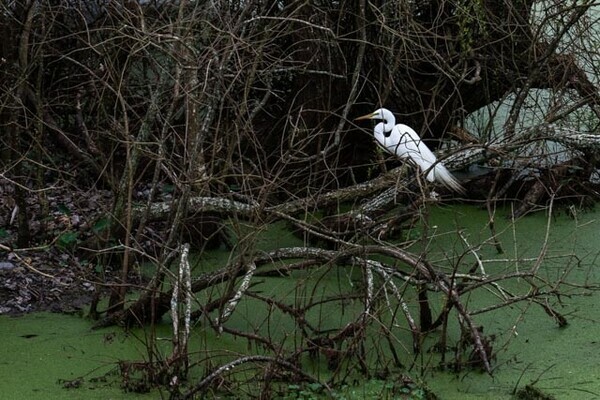 Oh yes, and then there's other wildlife, but not in the RV park! 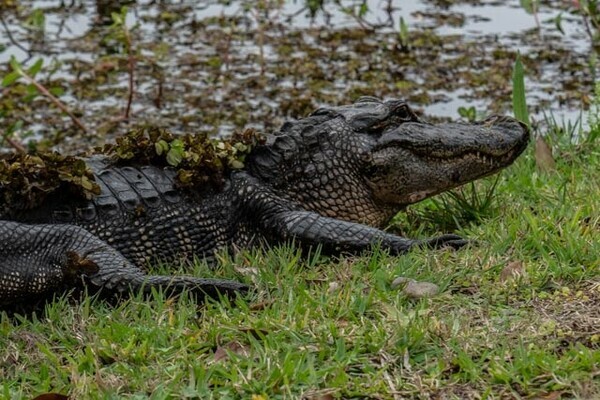