Still engaged in what one of our guidebooks terms "the pleasantly impractical endeavour of sightseeing". Finally heading west and slowly northwards with an eye on the weather hoping to wend our way past water, wind and snow.

Backtracking to Charleston, South Carolina to begin this chapter.  Charleston lives up to its reputation as a charming city, its graceful mansions lining brick and cobblestone streets in the historic seaside quarter.

Visitors to the Information Centre in Charleston are greeted in spring by the glorious blooms of a Peppermint Peach Tree.  Hot pink and white blossoms bloom in unison on a single tree - the colours occasionally sharing even the same blossom. Budding trees and glimpses into courtyard gardens in the city provide further evidence of spring. 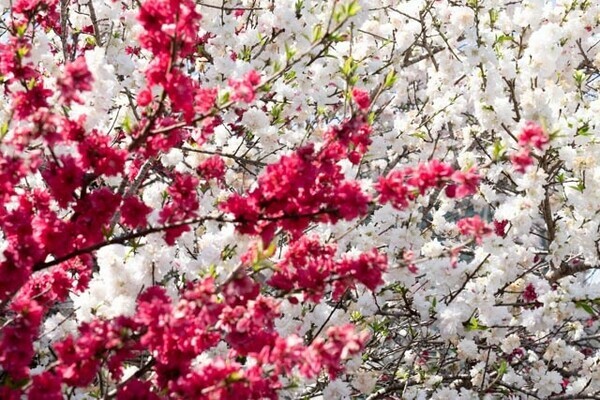 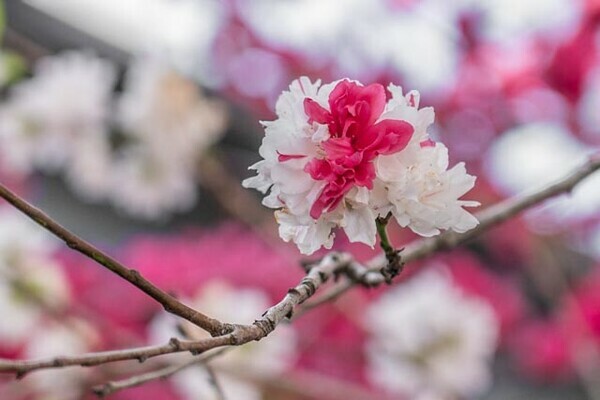 We toured two of the city's historic homes - one had been restored to its pristine former beauty
while the other was preserved as it was, virtually untouched since the 1850's. 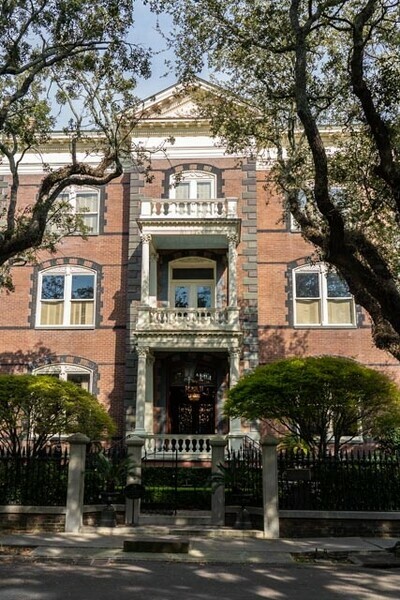 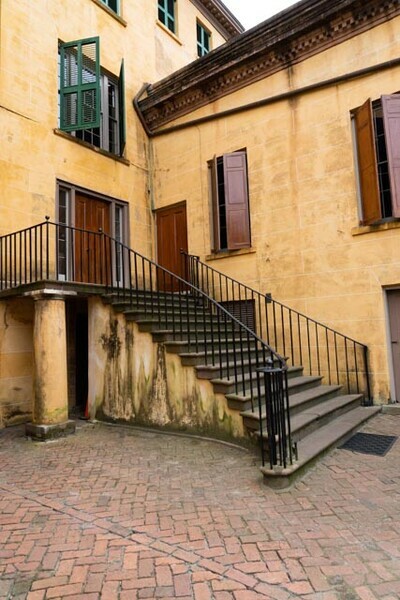 Life in southern mansions relied entirely on the labour of enslaved servants. Slave quarters
in the preserved mansion were featured on the tour, and showed clearly the stark contrast
between the living conditions of masters and slaves. The staircases in the photos below mark
this contrast, as does the image of the slave quarter's corridor, also below. 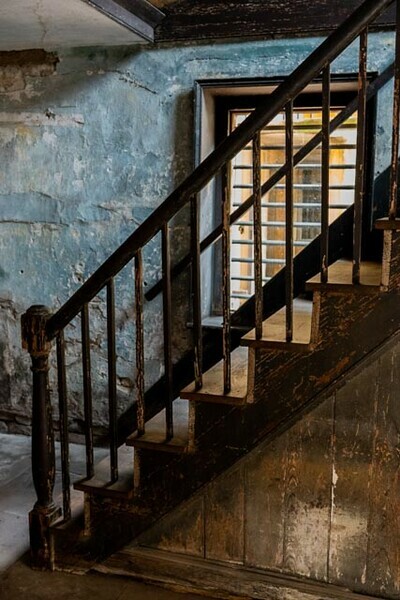 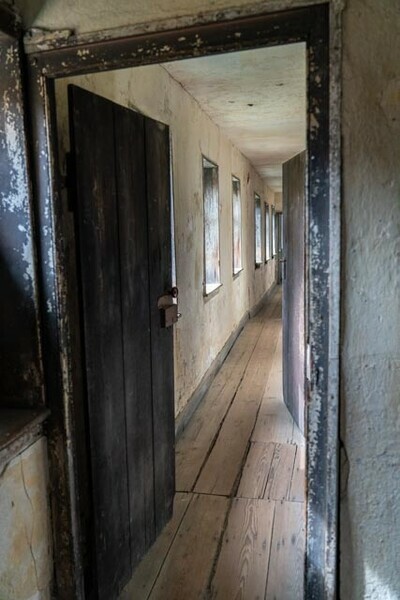 From Charleston we headed north to Richmond, Virginia, the state capital, visiting Civil
War battlefields along the way.  Richmond is the home of another of America's exceptional
art galleries - the Virginia Museum of Fine Arts - Jaume Plensa's outdoor sculpture coaxing
us to stop and contemplate, even in the rain. (jaumeplensa.com) 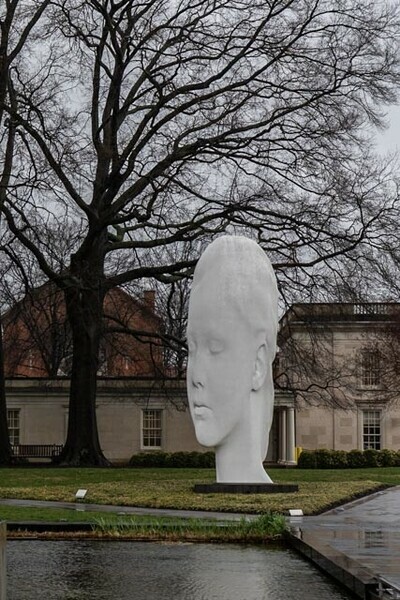 Then - Washington!  We are fortunate to have friends who welcomed us to their home and
filled our two days to the brim with the best the city has to offer - and it offers wonders. 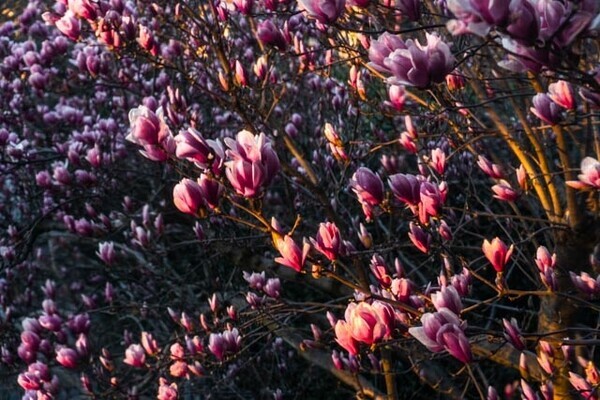 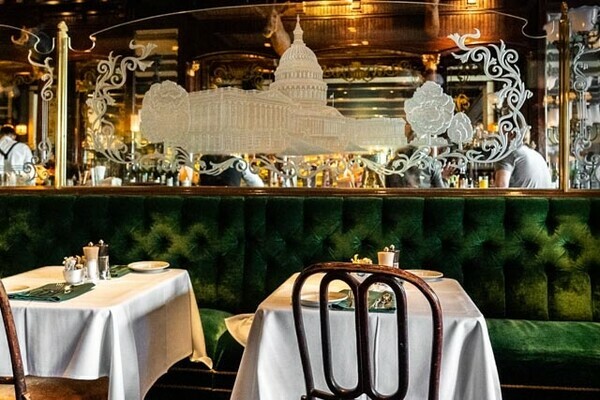 We visited the White House before walking the monuments - a 10k loop that took us from the
Washington Monument to - in order I think - World War II, Vietnam, Lincoln, Korea, Martin Luther
King, Roosevelt, Jefferson.  Monuments of Washington, then Lincoln show below, followed by
Roosevelt and the Korean War Memorial. 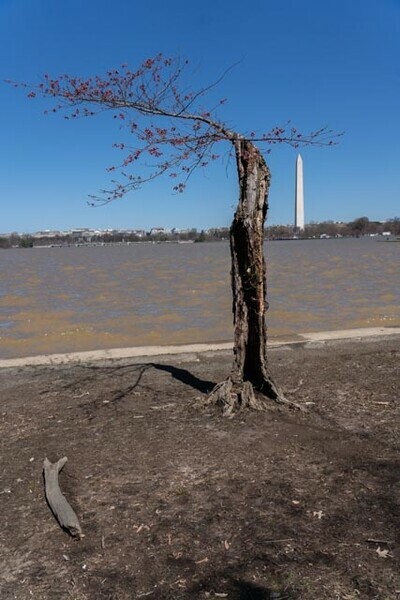 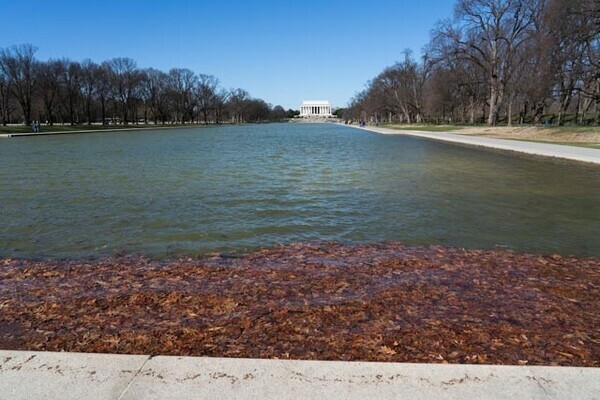 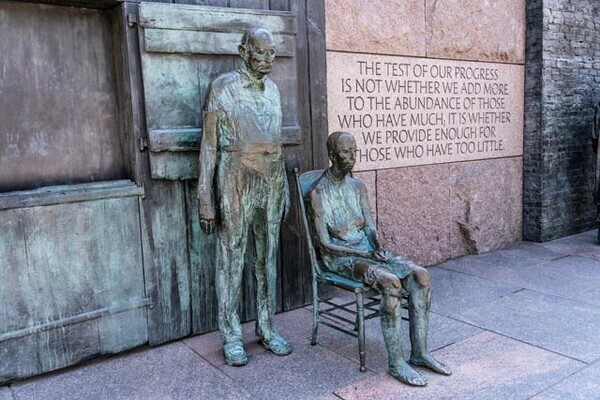 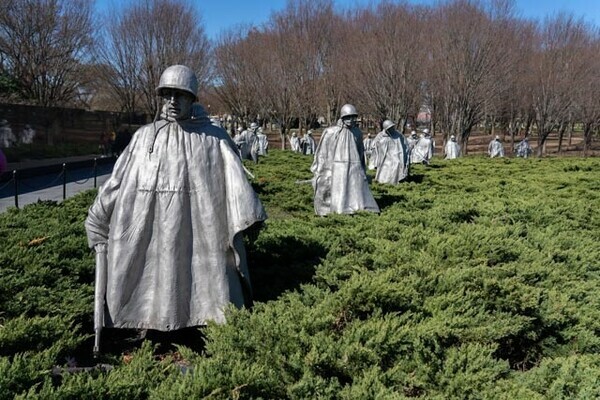 From the monuments, we went on to tour the Capitol building - stately, imposing, beautiful. 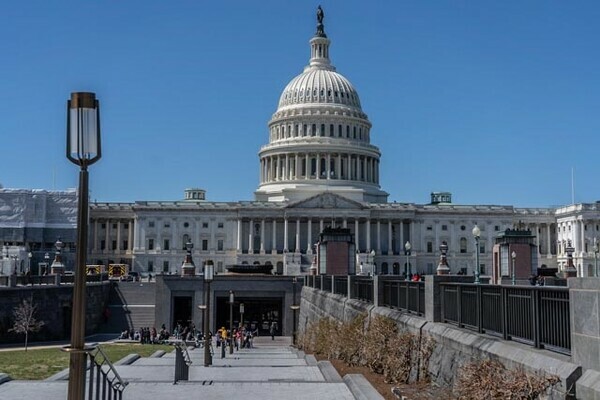 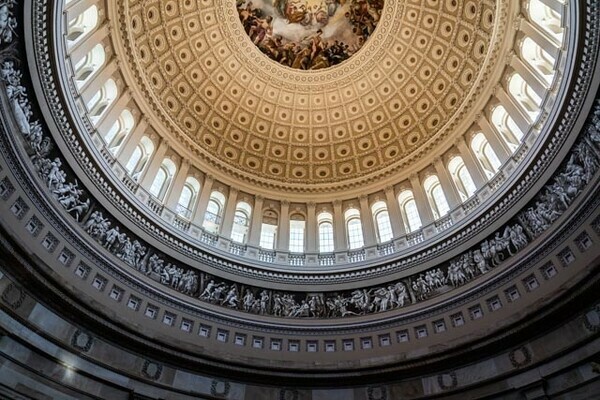 Washington's seventeen Smithsonian museums offer free entry at all times.  We visited the
newest, the African American Museum - its magnificent grill work shown below.  It is a
sobering showcase of the history and lives of black Americans from their arrival from Africa
to today in America. 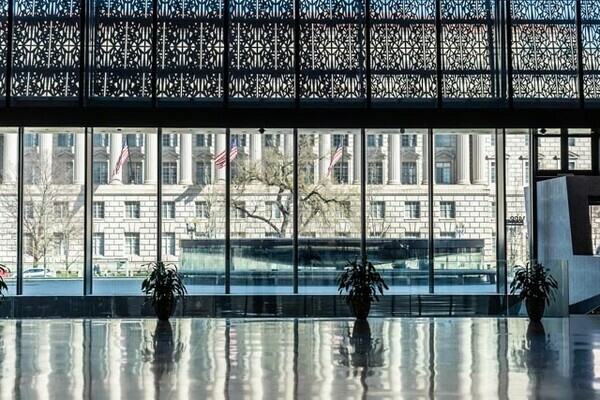 Steeped in American history, we left Washington to travel to Jefferson's Monticello - the home
he designed for himself and to which he ultimately retired. From his hilltop home, Jefferson viewed
the Blue Ridge Mountains, at the time considered to be the "edge of civilization".  The man himself -
what a complex, conflicted and enigmatic character - brilliant, knowledgeable, articulate, caring
("We hold these truths to be self-evident, that all men are created equal, that they are endowed by their Creator
with certain unalienable Rights, that among these are Life, Liberty and the pursuit of Happiness.” ) - yet in spite
of promising to free his slaves he never did grant their freedom, neither during his life nor in his will. 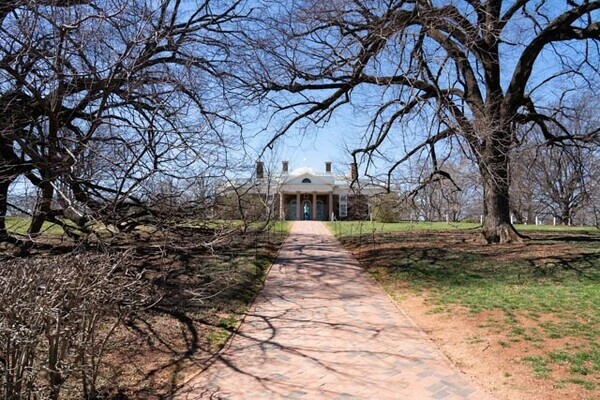 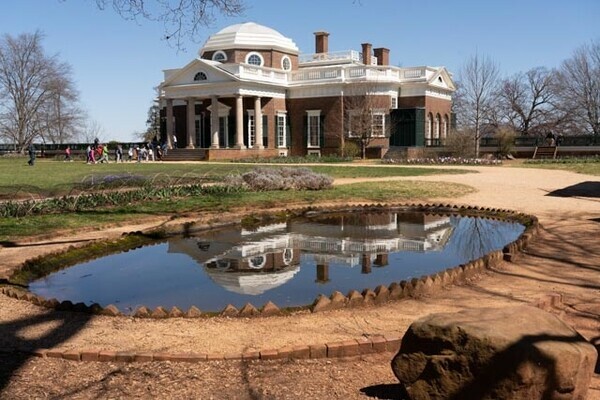 Satiated, we head west and home, hoping to cross that border a couple of weeks from now.