Chrome Island, one of the few remaining staffed lights on the BC Coast, as seen from Boyle Point
Provincial Park on Denman Island. 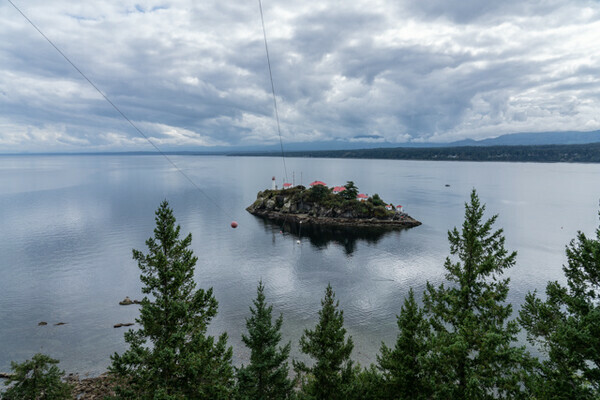 MV Kahloke bouncing across choppy seas, coming to take traffic across the channel from Denman
to Hornby Island. 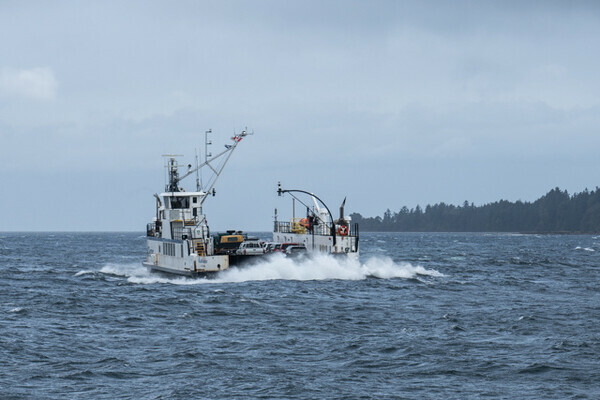 Hornby retains an island vibe in its compact commercial core where psychedelic picnic tables
and store doors and windows welcome shoppers.  Stairs lead from the grocery store to a basement
hardware store and liquor corner.  Replying to the observation that, "You never have to leave Hornby",
the proprietor wryly answered, "That's the idea". 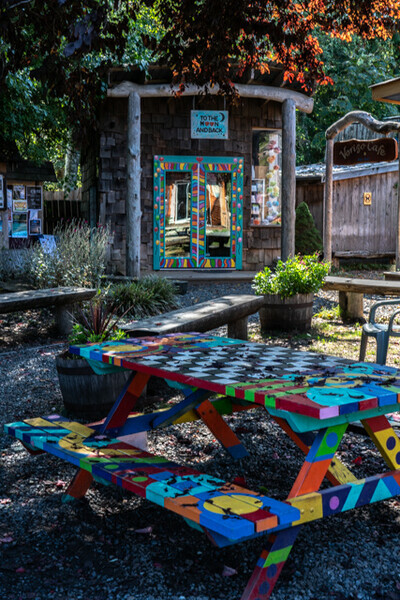 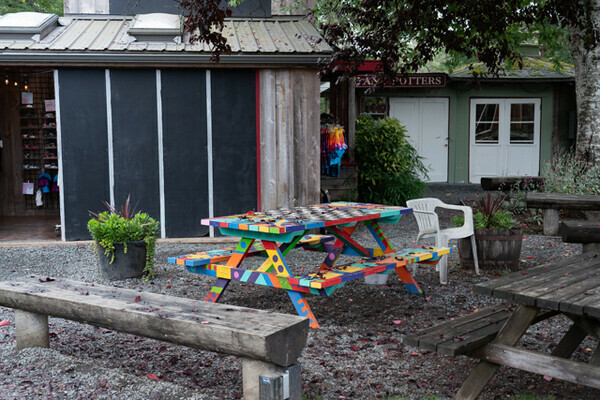 Exploring the island the first day in torrential rain, we discovered that we were not the only ones
seeking shelter.  Look closely, you may even see the drops.  Luckily the sun returned for our second
day. 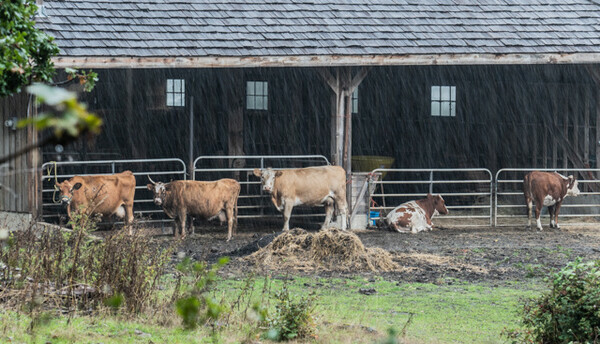 Hornby is rich in parks and trails.  Below a trail hugs the rocky headland bluffs in Helliwell
Provincial Park, a gem donated to the province in 1966.  The trail leads through Doulas fir
and Garry oak trees and offers views of Texada, Denman, and Vancouver Islands. 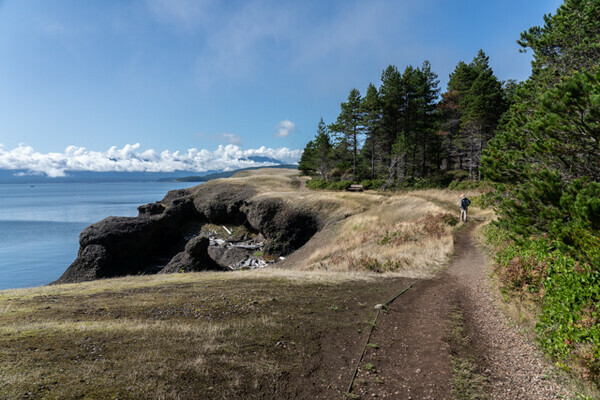 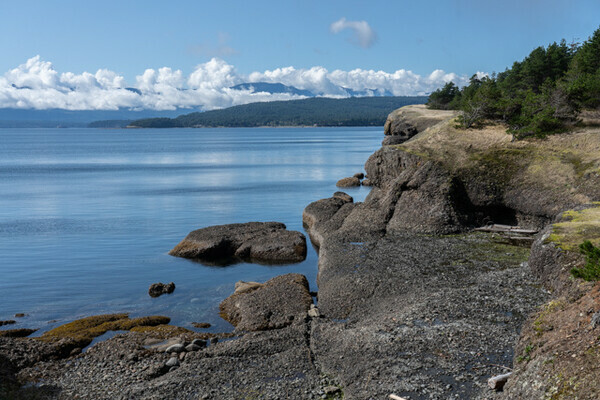 The crescent sand beach at Tribune Bay is anchored at the south end by unusual rock formations,
witness the "egg" below - fun to explore before a long barefoot walk on the sand along the bay.
There's nature's art, and then there's another brand of art. 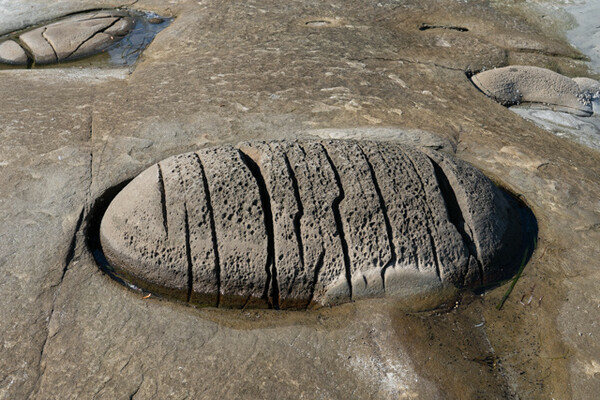 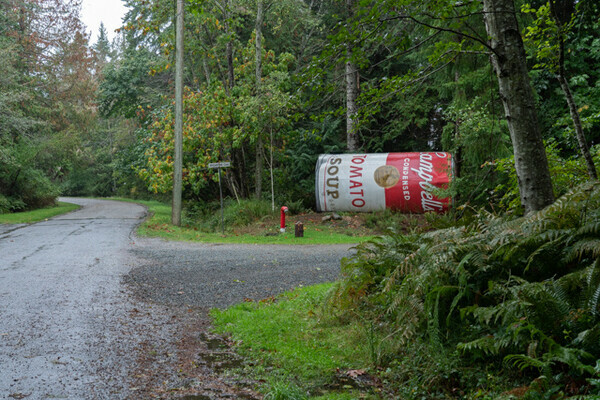 Near the Campbell River estuary we came across this Alex Witcombe driftwood wolf.  No whales -
maybe scared away by this fierce beast. 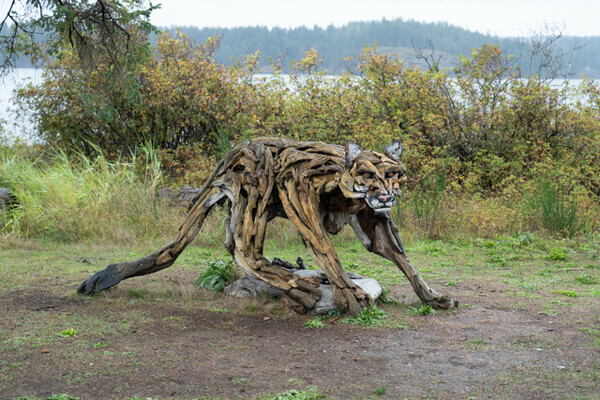 Walking alongside the Quatse River in Port Hardy in search of bears and eagles, we found instead
working fish plants and wonderful seine wharves.  Below, frozen tuna are being unloaded and
weighed. 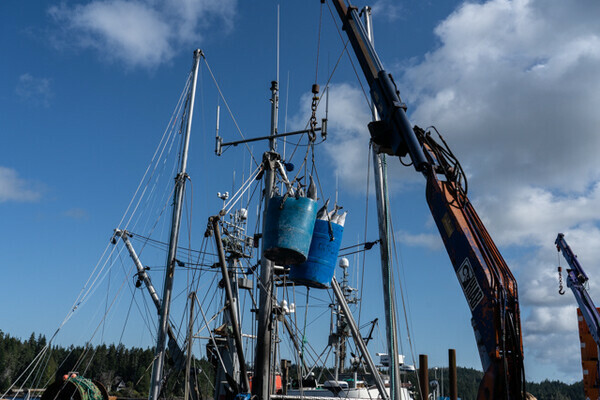 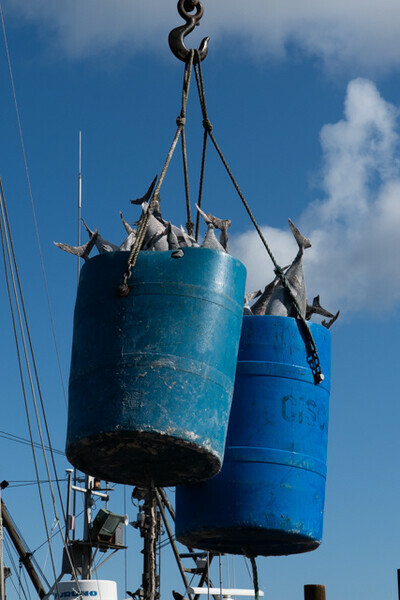 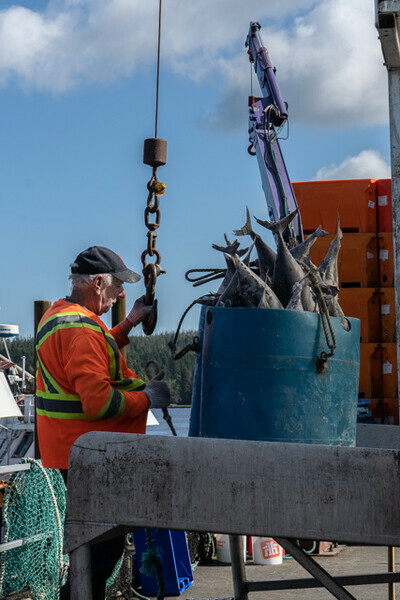 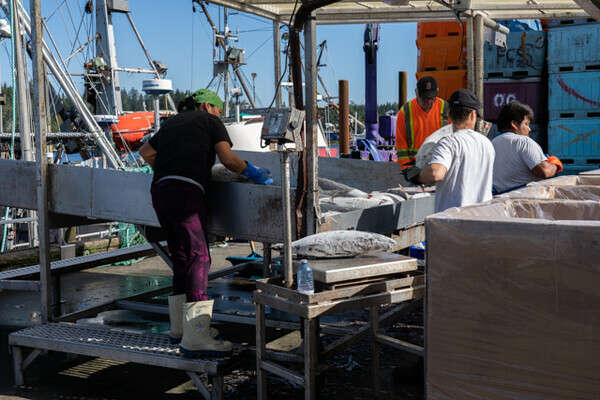 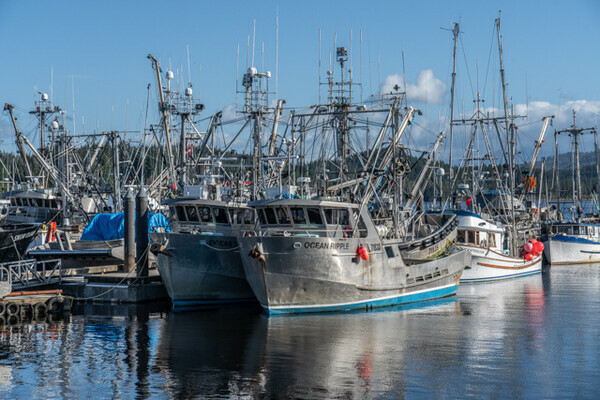 The docked ships were in varying states of disrepair: 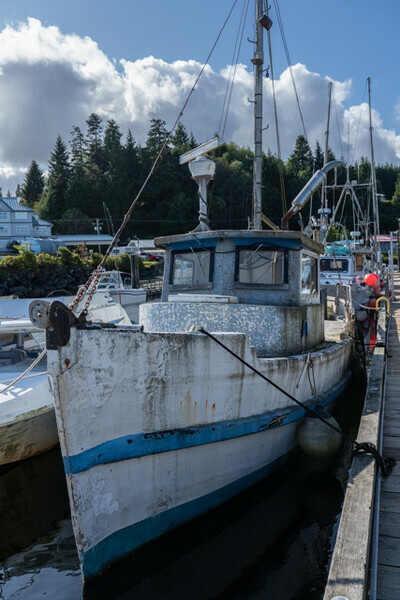 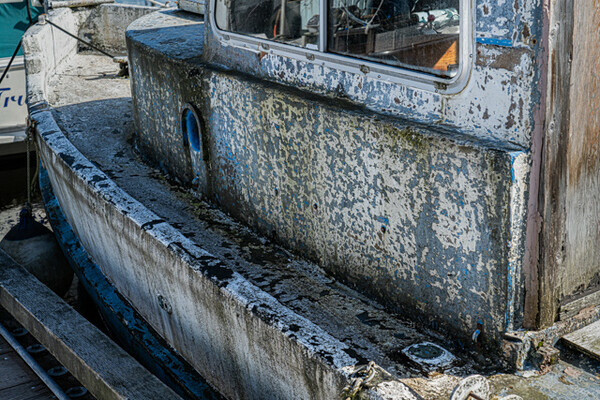 Below, the Knight Dragon; it's former name -  Island Princess IV - almost obscured by the buildup of
rust on its hulk.  Daunting! 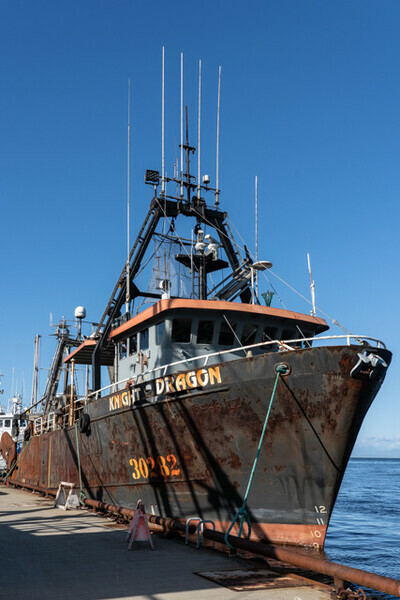 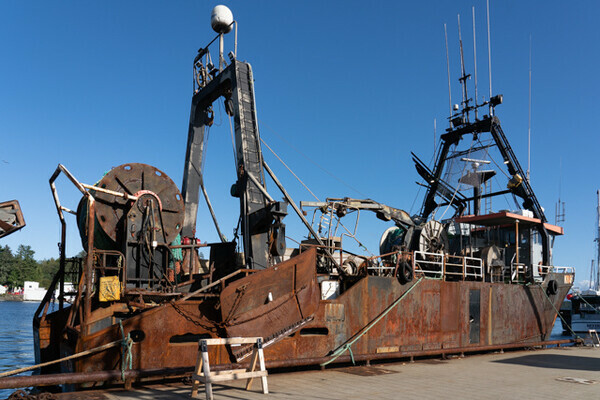